Diamond Clarity grades define the quantity, size, and location of inclusions in a diamond examined under 10x magnification.

Inclusions located in the center of a diamond impact value more significantly than those located towards the outside edge [girdle]. 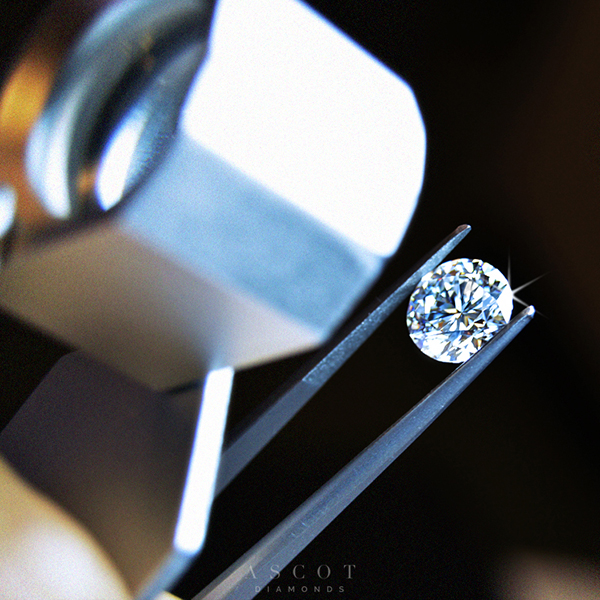 Described below is the diamond clarity grading scale:

Flawless:  No surface blemish or internal inclusions present at all.

VS1 and VS2:  Very slight inclusions: Relatively insignificant inclusions – visible only under 10x magnification.

SI1 and SI2: Slightly included: Inclusions more easily detectable under 10x magnification, however not visible to the naked eye.

I1, I2 and I3:  Heavy inclusions easily visible to the naked eye in varying degrees.

To learn more about clarity grades we invite you to visit an Ascot showroom in New York, Dallas, D.C. Charlotte or Atlanta