Our Proposal Story: Michael and Kristina.

A big congratulation to our Washington, D.C. clients Michael and Kristina! Not only did they have a gorgeous, ‘vintage-style’ wedding, but they were also featured on the ‘Style Me Pretty’ website. We thought you would enjoy these beautiful pictures and Kristina’s stunning diamond and sapphire engagement ring and wedding band. Here is their story that they were kind enough to allow us to share… 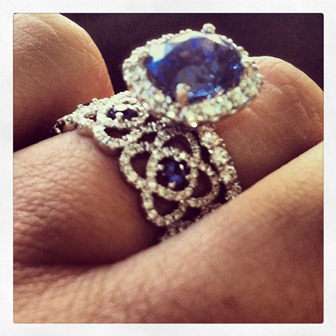 Michael and I met about 12 years ago at an awesome Irish Bar in Washington, DC called Irish Times. He was in the United States Marine Corp at the time and I was still in college at George Mason University. I saw him from across the bar and immediately thought, “I want to meet that guy!” We had our first date a few days later on Cinco de Mayo.

We dated for a couple years before going our separate ways for a bit, but reconnected in 2009 and have been together since. Out of the last 12 or so years, we’ve been dating for about 7 of them. We (and others!) felt it was about time we “FINALLY” got married.

I had asked Michael several times not to make a big fuss over the proposal… I just wanted it to be comfortable and part of our normal life without the ‘big production’ that I fell comes across staged or fake. So, at midnight on the 11th year anniversary of our very first date (May 5), Michael proposed in the courtyard of one of our favorite bars in Arlington, VA. Many of our friends knew about the plan and were there to help us celebrate the occasion when we came back inside. It was simple, sweet and genuine. One of the most special parts of our proposal was my custom designed engagement ring from Ascot Diamonds in Arlington, VA. 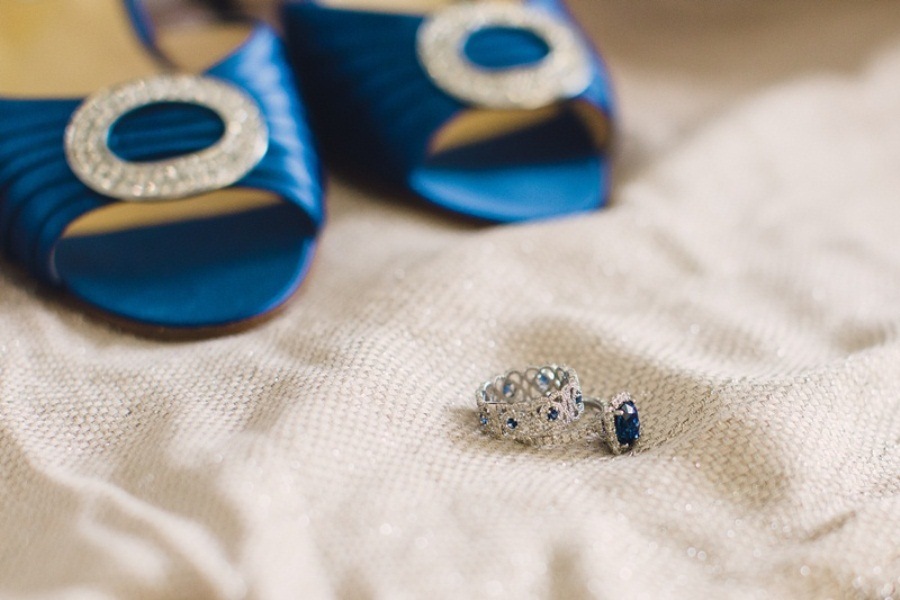 Both Michael and his son, Justin (born last September), share the blue sapphire as their birthstone. Michael worked with the designers at Ascot Diamonds to create a custom engagement ring that would commemorate that I was now “officially” a part of both Justin and his family. I couldn’t have been more thrilled and look forward to the many great times in front of us plus hopefully more jewelry from Ascot :)!!!